The Irish Independent highlights Alan Brogan’s words of warning to young emigrants at the launch of the ICPO’s ‘Good to Know Before You Go’ campaign: http://www.independent.ie/irish-news/alan-brogans-words-of-warning-to-emigrants-30583807.html#sthash.q0ozymd6.gbpl 13 September 2014 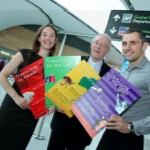